When you go on data science Twitter, it can be funny.

It's a yelling match between influencers telling you that you don't need a PhD to do data science. They're creating this false allure to fight against, like Don Quixote is fighting windmills.

On average, only 1 in 100 people of the population hold a doctoral degree.

Why Do Influencers Love to Talk about PhDs

It's a nice false dichotomy.

PhDs seem like this lofty goal of academia. Influencers and their affiliates want to teach you data science in viral Twitter threads or expensive online courses with affiliate links, of course. Quickly "I don't need a PhD" sounds like "I don't need a degree".

A lesson from classic software

Computer science and engineering went through the same growth. In the beginning, it was the wild west. If you could identify a CAT4-cable or confidently say "Firewall", you could immediately get a job. Today there are degrees, certificates, and professional associations.

Data science is following this trajectory. Degrees are consolidating. Valuable certificates are slowly emerging. When I was involved in the hiring process, we barely saw PhDs as expected. Still, everyone at least had a degree in some area.

It's not getting more accessible, and bootcamps sometimes aren't enough.

So Should I Get a Degree Then?!

I have a very simple rule of thumb.

If you already have a degree, especially when you live where education puts you in debt, do not get another degree. You have a lot of the prerequisites and can learn the rest quickly online or in a Bootcamp.

If you don't have a degree at all, you will have to put in the hard work to be competitive.

Remember, a Master's degree, on average, doubles your starting salary.

When Do You Need a PhD

There are specific jobs that you need a PhD for. Want those? Get one.

I had beers with an ex-colleague, and she asked me, "are there any people without PhDs where you work?". The PhDs outnumber the non-PhDs in research positions in our international research organisation.

If you want a research position, you need a doctorate or awe-inspiring graduate degree. 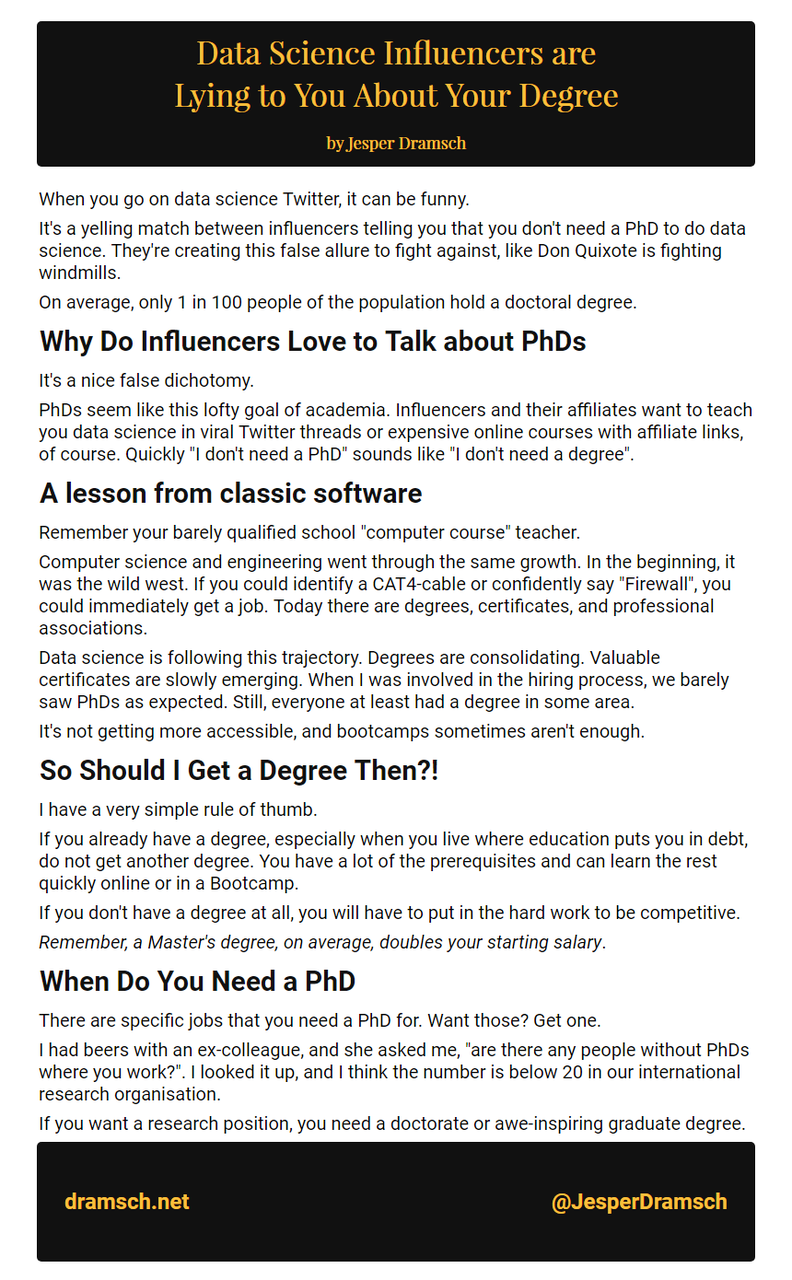