What do Python, Facebook, and Squid Game have in common?

What do Python, Facebook, and Squid Game have in common?

You can immediately tell.

Look at keyboards from the US and countries in Europe. Want to be precise? Look at a Dutch keyboard. Something is missing!

Python is an example of intentional design

When you look at Python, you see it's made for readability.

But more interestingly, Python doesn't have curly braces. They're readily available on US keyboards. The same goes for backslashes. On EU keyboards, they're hidden away, a layer deep and you have to use Alt Gr to even reach them.

How do you make something popular? Make it easy to use!

There's no reason for Python to be the #1 beyond design and community.

The rules are changing

When you want to build something with appeal, you have to think international. 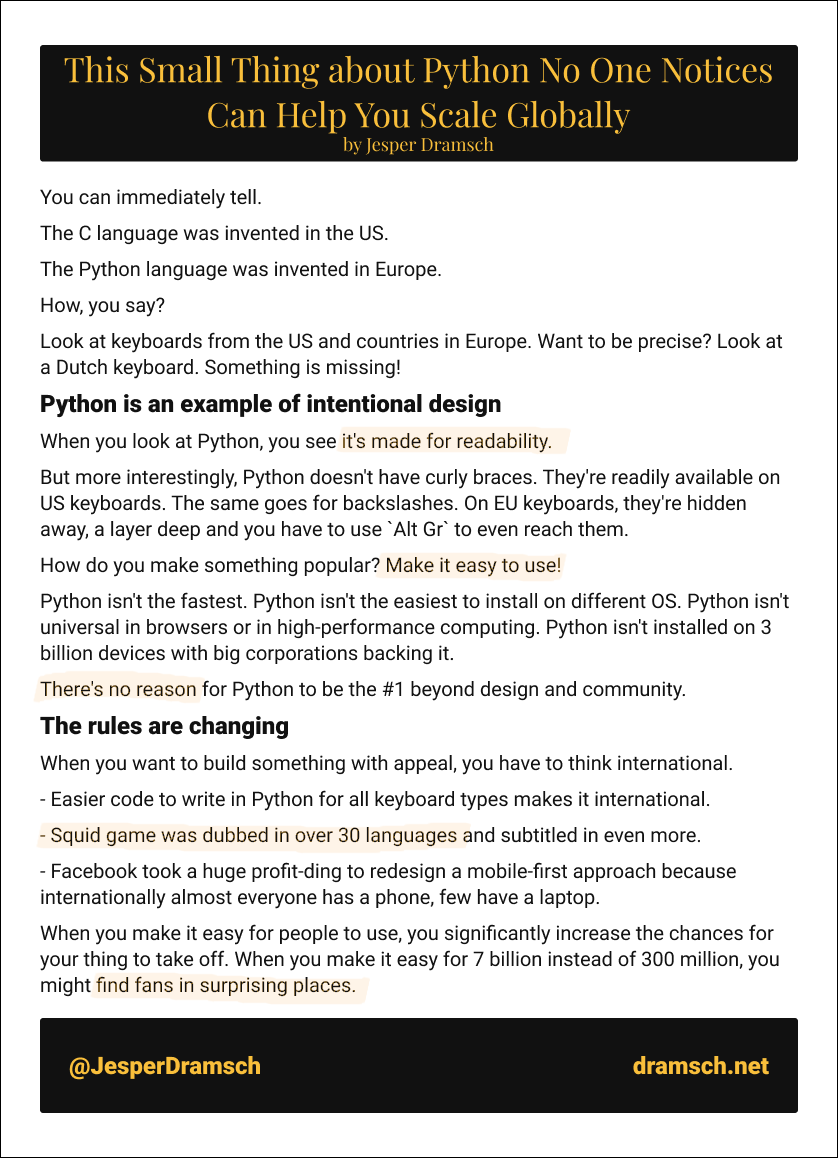