Timnit Gebru was fired from Google over a paper that criticised large language models. Shortly after, her co-lead Margaret Mitchell was ousted from the company. A lot happened there, which actual journalists have recollected much better than I could.

But it leads to the question:

Why do big corporations have Ethical AI teams?

Facebook just scrapped their facial recognition technology for its questionable ethics. But in the end, it's good PR. As AI becomes more established, the public becomes more aware of its dangers too. An Ethical AI team is a "Get Out Of Jail Free"-card to point to.

But the darker reason is that you as a company get to decide which questions are asked.

A page from the sinister playbook of big tobacco and oil

Tobacco built the playbook, and hydrocarbons refined it.

In the 1950s, the director of a significant American association of scientists working in petroleum warned their group about the dangers of global warming. They started genuine research into the impact of greenhouse gases on the climate. They quickly found results that weren't exactly great for business.

Tobacco companies had that same experience around lung cancer caused by their product. Early research quickly confirmed correlations between smokers and an increased chance of cancer. This would be the death of the entire industry that had just started marketing to children to increase market share.

But there was an easy solution. Sow "scientific discourse". Nothing stops decisive action and policy better than studies that call into question what is being discussed. 97% of scientific studies confirmed man-made climate change over 10 years ago already. You don't need many studies to sow controversy. They're still "sponsoring climate change research", often with oversight over the final publication.

Blocking on study may not be much in Social Media Ethical AI. Still, it might just be the start of controlling the narrative around our attention and privacy for the coming decades. Or it might be nothing, who knows.

History doesn't repeat itself, but sometimes it rhymes. 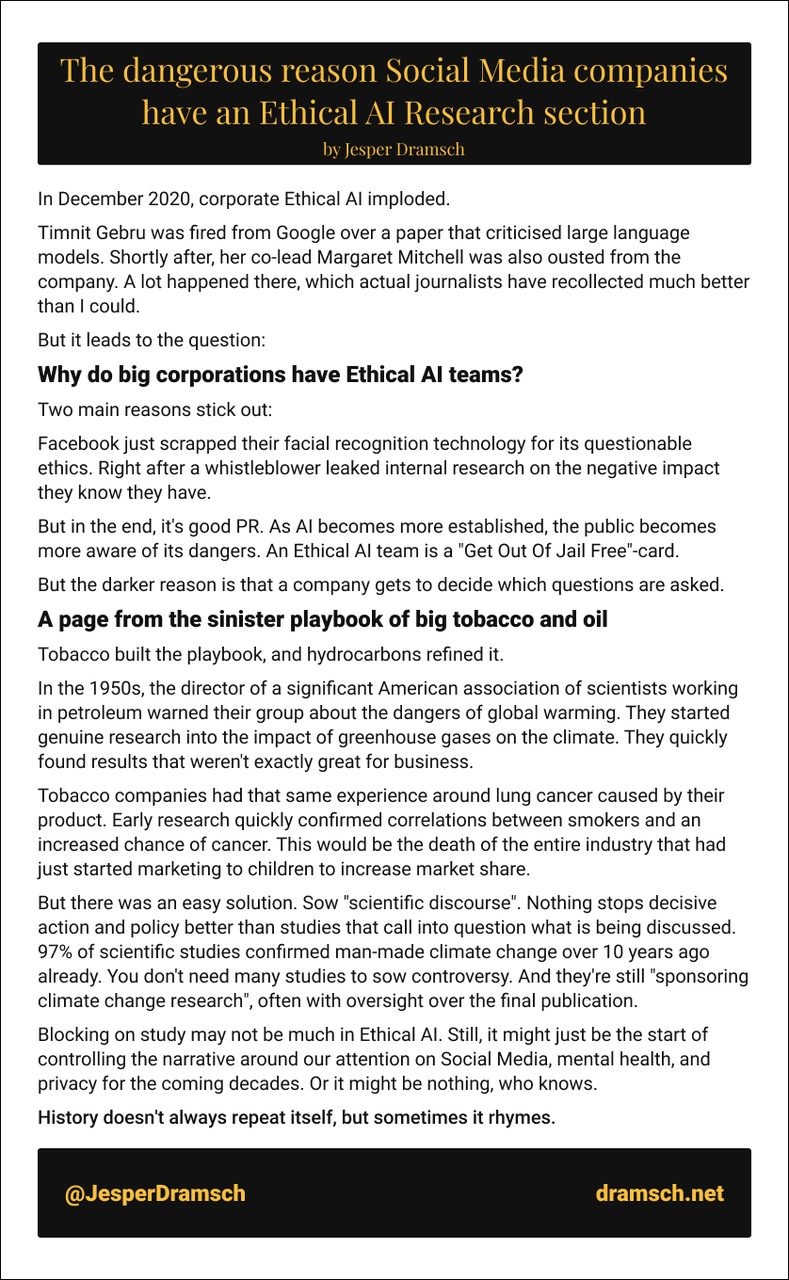