Can you imagine how surprised I was that they exist and companies like Google are actively working on them? Quantum computing promises an exponential speed up over our classical computers. What's more, people are actively researching Quantum Machine Learning!

But something weird happened in 2018.

Most of machine learning is just dressed up math and statistics.

Recommender systems specifically are known to be huge sparse matrixes. If you can solve the matrix, you can send someone on to the next Youtube video, predict what they put in the shopping cart next and in theory even who you get to swipe left or right on next.

This is why Google would love to develop a computer system that works exponentially faster.

What do you do when the math doesn't make sense?

Science isn't about the "Eureka!" usually it's about the "Huh, that's weird."

For her under-grad thesis Ewin Tang was tasked with proving that no fast classical algorithm exists. In and of itself a hard task. Can you imagine the horror when you can't make the mathematical proof happen? My imposter syndrome would've had a field day.

Turns out, after poking the problem long enough Ewin Tang was able to show that a classical algorithm exists that can solve the recommender problem as fast as a quantum solution. This eliminated one of the largest examples of "quantum speedup". How you tell your supervisor an expert in the field is still beyond me.

If you're great at what you do "Huh, that's weird" can be the step before a breakthrough!

Sidenote: It reminds me of Einstein being weirded out by electrodynamics leading to relativity. 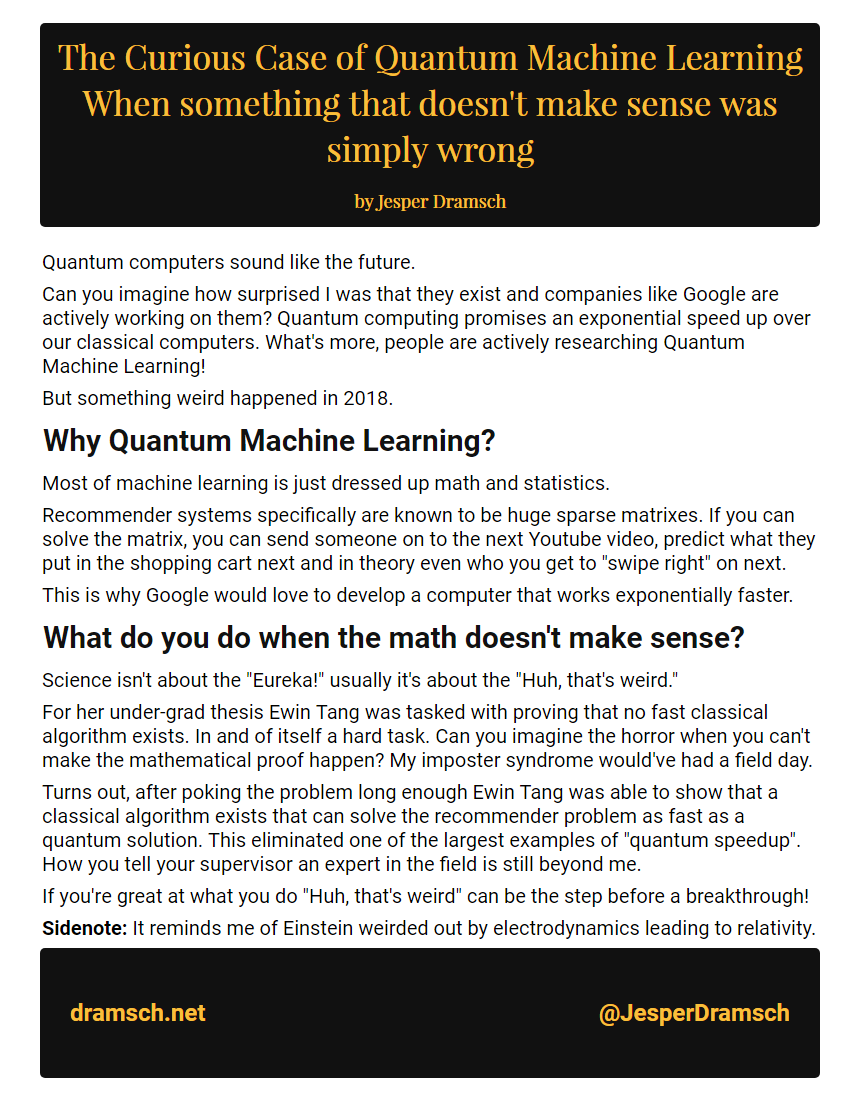